This year is the 60th Anniversary of the Hungarian Revolution and Fight for Freedom. It ended in two weeks with a bloody attack by the Russian army. Erzsi Könyves had to flee to Holland because her friend took her to the middle of the uprising.

There is an English subtitle on the video, turn the captions on!

Erzsi Könyves born in 1942 in Budapest. After her family suffered from the communist dictatorship of the 1950’s the protest on 23rd of October in 1956 first seemed hopeful. The new friend Gergő took Erzsi to the Corvin, the center of the uprising. The 14 years old girl has seen frightening things that she will never forget, like Russian soldiers leaping out from burning tanks, injured teenagers and the death of her friend. 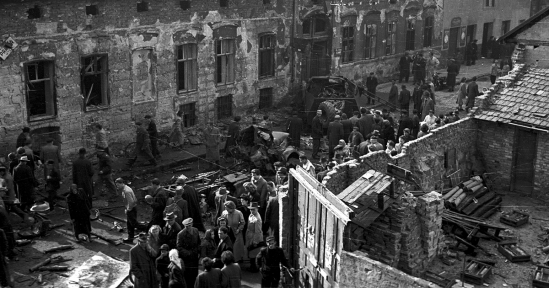 This is the location Erzsi was telling me about. Signs of fights in the intersection of Futó street and Práter street, 1956 Budapest / photo: Fortepan, Gyula Nagy

After the end of the Hungarian Revolution, by November 1956 almost 200 000 people fled from Hungary to Western-Europe, Australia, the United States and Canada. The schools started in December. On the first day Erzsi and others were told that they had been seen in the revolution and that it was more than enough reason for them to get in serious trouble. They were advised to leave the country. 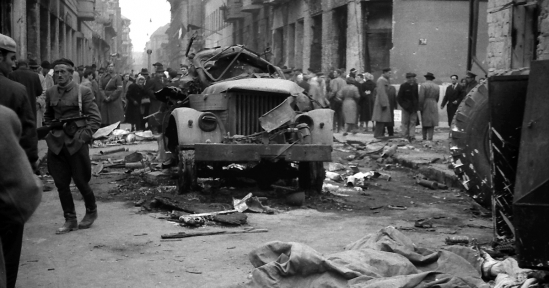 Erzsi chose Holland because a family friend lived there. Two days later an early morning train left with her to the direction of the border. The Austrian-Hungarian border was already blocked by barbed wire and minefields but she had to cross. Not knowing if her next step will be her last she suddenly ran into a Russian soldier who had tooth-pain and let her go in return for a bottle of aspirin. Their deal, the pain killer represented Erzsi’s hope for freedom. Finally she made it across the border but it was late night and she was alone. 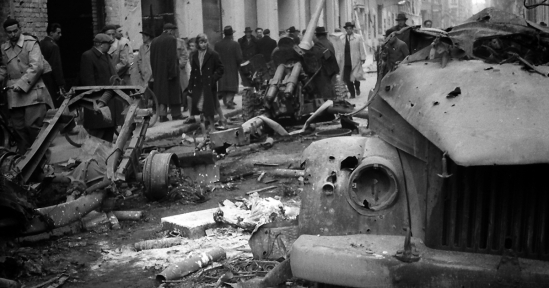 Holland only allowed 3000 refugees formally at the time. Extra family members were allowed in the coming years and extended the number to 3,500. Plus one more, Erzsi. When Erzsi arrived to the refugee camp in Austria in December, Holland didn’t take anymore refugees. Therefore, she wrote to her mother’s friend in The Hague to ask to help her to arrange a visa. It was a big surprise for her that she finally got her papers sorted and arrived to Holland in March of 1957.

Arrival of Hungarian refugees to the train station in Utrecht in November 1956 / photo: National Archief

Erzsi Könyves finally arrived by train to the Netherlands in March 1957. She settled at her third family, who took care of her education and enrolled her in the Academy of Fine Arts.

Erzsi lives in Eindhoven. She needed fifty years to begin to process her memories and to start to understand what happened in her teenage years: running away from her home, mother and the death of her friend Gergő. Sixty years later, I asked her if she is happy? She said: “Finally yes, but I think it has nothing to do with 56.” 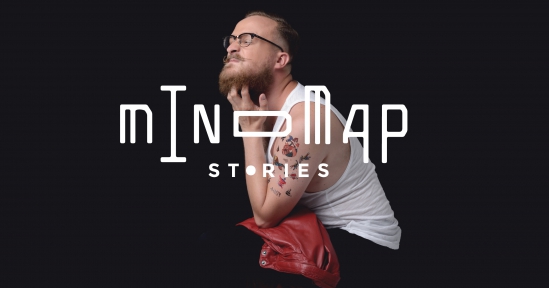